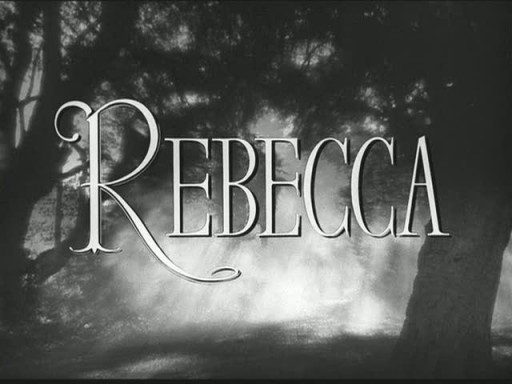 ‘Rebecca’ was written in 1938 at the age of 31, by the frostily private recluse, who rarely mixed in society, Dame Daphne du Maurier. It is suspected that ‘Rebecca’ was heavily plagiarised from a Brazilian novel by Ms Nabuco. Clifford Williams have now revised the 1940 stage adaptation of ‘Rebecca’, which ran for 357 performances.

Alfred Hitchcock’s film, based on her novel, was one of the top five box office hits of 1940. In 1941, it reaped nine Oscar nominations, winning ‘Best Picture’ and ‘Best Cinematography’.  Her friendship with Hitchcock saw her write more cinema scripts for him, including ‘Jamaica Inn’, the horror of ‘The Birds’ (also plagiarised?) and the creepy, sex novel ‘Don’t Look Now’. Du Maurier’s novel ‘Mary Anne’ is a fictionalised account of the story of her great-great-grandmother, Mary Anne Clarke who was mistress of King George III’s son, Frederick Augustus known as the ‘Grand Old Duke of York’. When the bi-sexual author was 21, she wrote ‘The Doll’, a suspense tale about a young woman’s obsession with a mechanical male sex doll.

This excellent, two and a half hour Gothic love mystery, set in du Maurier’s Cornwall, is being presented by the Harbour Theatre Inc. at the 1930’s décor Camelot, 16 Lochee Street, Mosman Park, with shows nightly at 7.30 pm until Saturday 20th June, and a matinee on Sunday 21st June at 2.00 pm.

An excellent set. The white proscenium curtains had a massive photo of the De Winter’s country mansion, Manderley, projected onto them.

The interior shows the sitting room of the De Winter house in Cornwall in the 1930s.

The lower halves of the walls are wood panelled, with the arsenic green coloured paint above. Centrally is an arched staircase with columns on each side; this was used to great dramatic effect during the play. The room is furnished with various antique furniture including a couple of pedestals for ornaments, a chaise longue, tables and chairs. There was a balcony with plants on each side of the stage. Brian Mahoney, Peter Kirkwood, Rob Tagliaferri, Matt Cuccovia, Kit Leake and David Champion built Nicola Bond’s set design; with the set being painted by Phil Redding, Tina barker and Nicola Bond. A great number of authentic props added the final touch (Grace Hitchin, Charlotte Weber).

Supercilious Beatrice Lacy (Jo Sterkenburg) and her hen-pecked husband, Giles (Andrew Smalley) are seated in the lounge awaiting the return of the master of the house, the young, good-looking Maxim De Winter (Mark de Vattimo). The couple are discussing Rebecca, the previous lady of the house who had drowned a year earlier, with the estate manager, Frank (Ron Arthurs). The butler, Frith (Tom Rees) brings them drinks.

The group are waiting to welcome Maxim and his new, much younger bride, Mrs De Winter (Natasha Stiven) back from their honeymoon. When the loving couple arrive, the maid, Roberts (Teya Jerman), shows them into the lounge. Unfortunately it seems that Beatrice has taken an instant dislike to the new bride – she is too young and certainly not of suitable status. The group go on to discuss the final arrangements for the annual Fancy Dress Ball being held the following night. The dark, mysterious housekeeper, Mrs Danvers (Vickie Billingham) in her widow’s weeds with keys hanging around her waist, offers to help her new young mistress choose a suitable costume.

As the malicious Mrs Danvers leaves the room, a weird, obnoxious man, Jack Favell (Sean Schliwa) arrives and tries his lecherous approach on a petrified Mrs de Winter, who has no idea who this stranger is.

Award winning director, Nicola Bond, has brought to the stage a play that has not been presented in Perth for many years. Employing her many talents, Nicola has given us a wonderful set, authentic costumes and a cast that has captured all of the mystery, romance and suspense of the book. Nicola has also generously given a few of the cast their ‘big chance’,  by accepting for the play, actors who have previously had very minor walk on parts, or as in the case of Paul Wood, a very first acting part – well done Paul, good solid performance.

Many congratulations to Natasha Stiven and Mark de Vattimo, as the withdrawn, confused young wife and the unpredictable, enigmatic husband. A special mention must also go to Vickie Billingham for her great performance as the cold-hearted Mrs Danvers, and her special curtain call.

Stage manager Charlotte Weber, assisted by Teya Jerman, kept the pace moving exceptionally well with none of the usual slowing down or blackouts between scenes. All of the scene changes being carried out in dimmed light, by the household servants, in the style of their normal daily duties. Mrs de Winter’s numerous outfits, the servants’ garments and the rugged tweeds were perfect for the period (Nicola Bond).  Rob Tagliaferri’s lighting and Vanessa Gudgeon’s soundscape combined perfectly to give a memorable final scene.

Good to see a fresh, rarely performed play – I will die if I see ‘The Importance of being Ernest’ again – A great production with all the qualities that one has come to expect from the Harbour Theatre Group. Highly recommended, but please note the short season.