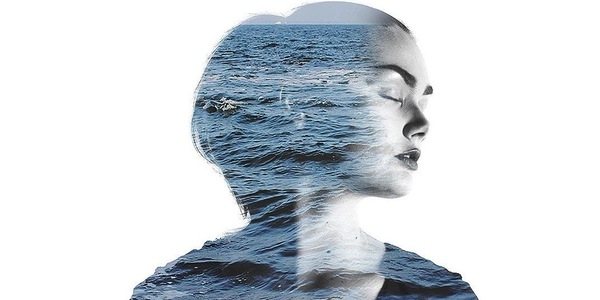 ‘The Lightning Rod’ is a developed reading, written by Scott McArdle as a part of his Honours thesis. This thesis, being in English and Creative Writing, is defining a novel genre, ‘Dream Realism’. With such an innovative idea, this presentation is designed to help Scott receive audience feedback, to help him develop the story and genre further.

The work, which was initially meant to be a moved reading with minimal action, has, with the strong support of Scott’s friends and fan club, developed into an almost fully enacted play. The show was produced by Second Chance Theatre, a company that only presents original works.

This outstanding 60-minute work was presented for one night only at the Nexus Theatre, Murdoch University, South Street, Murdoch on Friday, 14th August at 7.00 pm. This account is not the usual review, as the presentation was aimed mainly at showcasing the storyline and the writing.

The stage is in darkness throughout, with the clever use of lights picking out the action (lighting design Scott McArdle, operated by Sarah Bond). A screen on the rear wall had views of the town and various fascinating, relevant quotes. The set is a central, raised pulpit where the narrator, Stephen Platt, is seated. In front of the podium are 5 chairs with the actors seated awaiting their lines.

There was a very good soundscape (sound designer, Aiden Willoughby) and musical backing by the talented composer, Drew Krapljanov. The headset mics were controlled by Corina Brown and the whole sound system operated by Tay Broadley. The costumes were by Melanie Buchanan and makeup/hair by Sophie Braham.

A massive storm is approaching the coastal town of Pleasance somewhere in New Zealand (?). The town’s officious Mayor, Jenny (Shannon Rogers) is out and about checking that the town is secure. She meets an old boyfriend, local fisherman, David (Joel Sammels), who is determined to take his boat out, after all what would a woman know about the weather and fishing.

On the outskirts of the village lives Jenny’s caring, elderly Aunt Ada (Nicola Brescianini) who is cleaning the house when a visitor arrives. It is her nephew, Matt (Philip Hutton) a strange, enigmatic young man who disappeared several years earlier, and has been living rough on a nearby mountain.

Ignoring the weather, Matt goes back out into the storm, to the local baker’s shop to buy some bread for his aunt. The girl in the shop, Mary (Rhianna Hall) is immediately excited at seeing a new hunk in the village. However, despite her less than subtle approach, Matt seems unresponsive, and void of any real emotion or sex drive.

What has really happened to Matt during the past seven years?

Writer / director Scott McArdle has created five very different, yet believable complex characters. They were all ingeniously interlinked by the innovative story threads. The family theme for the siblings and the aunt was strong and convincing. The village attitude to life came through lucidly with the stubborn fisherman and the lovelorn baker’s assistant.

Into this short piece, as well as the unusual basic theme, Scott has managed to pack in tension, excitement, love, sex and plenty of comedy. He skilfully fed snippets of information to the audience in drips and subtle hints, letting them assemble the jigsaw themselves. So beautifully and cleverly written was this piece that even the next day, you found yourself thinking of points you may have missed, and a desire to see the piece again.

Even though this production was supposed to be rudimentary, the performers gave the show their all. Another admirable piece of writing from one of Perth’s undiscovered playwrights.