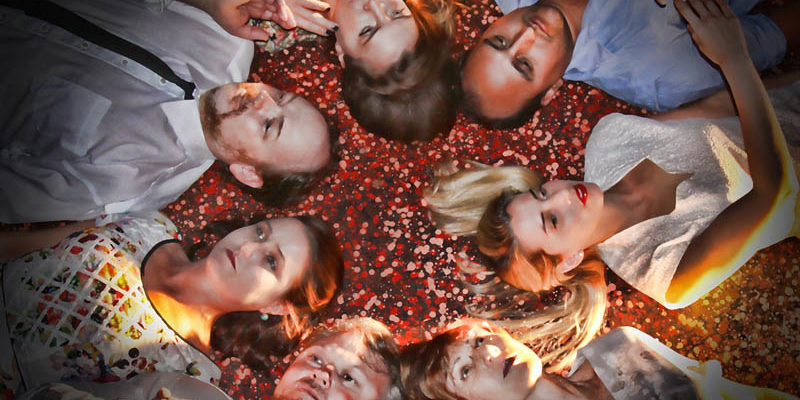 ‘Summer of the Seventeenth Doll’ is a pioneering, groundbreaking, Australian play written in 1955 by Ray Lawler. The play is part of the ‘Doll Trilogy’ being preceded by the ‘Kid Stakes’ set in 1937, and ‘Other Times’ set in 1945; the characters being the same in all plays. Because of the authenticity of the people and the Australian way of life, this trilogy is considered to be historically the most accurate set of plays in Australian theatre. Even 60 years later, it still reflects the present day FIFO life.

The two and a half hour performances can be seen at the heritage-listed, Old Mill Theatre on the corner of Mends Street and Mill Point Road, South Perth (opposite the Windsor Hotel and Australia Post). This is the third of the all-Australian plays being presented by the Old Mill Theatre Group to commemorate the centenary of the Gallipoli landing in 2015.

The performances are at 8.00 pm on a Thursday Friday and Saturday nights until 20th June, with a 2.00 pm matinee Sunday 14th June.

The play is set in Emma’s home in Carlton, Victoria during the summer of 1953. The scene is a typical working class house, clean but basic. There is a table and four chairs centre stage, a twin settee, patio windows with a garden outside and stage right, a staircase leading to the bedrooms (Props Emma Ketley). The walls are the popular post-war colour – dove grey, the floor is mottled linoleum. The set was built and decorated by Trevor Dhu, Tim Prosser, Sarah Christiner, Patrick Whitelaw, and Rex Gray.

Jenny Prosser and Diane Zaikos perfectly captured the era with the button up the front dresses and the floral, semi-flare frocks for the young ones.

Olive (Anna Head), who is in her early thirties, still lives at home with her powerful, controlling but loving mother, Emma Leech (Shirley Toohey). The mother is awaiting the annual return of her two lodgers, Barney (Jarrod Buttery) and Roo (Phil Barnett), a couple of rough, but kind, sugarcane cutters who work all winter and return to Melbourne for five months at the end of the harvesting season. They have done this for years; this will be their 17th summer at Mrs Leech’s house. This year, Barney’s regular girl, Nancy will not be there for him.

Olive, who can barely contain herself at the thought of seeing Roo again, is sitting on the settee chatting to her haughty, smartly dressed friend, Pearl (Jennifer McGrath). Olive has arranged a blind date for recently widowed Pearl, with larrikin Barney; however, in fear, narrow-minded Pearl is close to backing out. Bubba (Jesse McGinn), the twenty-two year old Woolies shop girl, who has lived next-door all of her life, listens on in wonder.

When the lads arrive, Roo presents Olive with yet another kewpie doll, confirming his love for her. This year, instead of being flush with money to fritter on his beloved Olive, Roo is broke. To make things worse, he is depressed because another cane cutter, Johnnie Dowd (Patrick Whitelaw), may be after his job.

This summer is going to be very different to those of the past.

Director, Trevor Dhu, has proved over the years what a most capable and talented director he is; rarely does he tackle something simple such as a comedy, preferring to go for a complex character study or a highly dramatic script.

This Classic is capable of being ‘acceptable’ with very little input from cast or director, but when you see it performed by such a highly skilled, amateur team, their result could be acceptable in any professional theatre.

The story requires the cast to change from being jovial friends, to a situation of harsh tension and tragedy. The cast has to bare the raw souls of their characters, and in today’s climate, it was truly disturbing to see the sexism and domestic violence, along with the extreme depression and tension caused by financial problems only a couple of generations ago. Trevor has guided his exceptional cast to give wonderfully powerful performances. Andy Fraser’s leadership with the confrontational scenes ensured the cast made the audience squirm in their seats. Exceptional performances by Shirley Toohey and Anna Head.

Sadly, the lighting left me a little disappointed and confused. A New Year firework display could have shown more imagination and had better sound effects. Then, when the drama was reaching a climax, the dining room lights suddenly went out, and the actors were picked out by a spotlight. A few sentences later, the lights came swiftly back up. The couple moved across the room, and the lights rapidly dimmed, leaving the actors off their mark for the next spotlight. Once again, the lights shot back on. No subtlety. Sorry, it ruined the crucial flow. A very slow fade in and out might have worked, but the actors must hit their mark accurately, as though in a TV production. I understand that this lighting design has now been modified.

The play finished with no curtain call, an unusual choice to make, but one that seemed to work well, as the traumatic tension of the play could have been extinguished in seconds by a smiling line up.

Gee, the community theatre standard is magnificent this year. Certainly another treasure to seek out. Many congratulations.