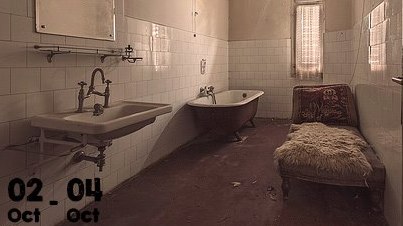 ‘Low-Level Panic’ was the second play written by Harrogate born playwright, Clare McIntyre; it went on to win the esteemed 1989 Samuel Beckett Theatre Award. Although Clare’s is best known for her play, ‘The Changeling’, she also wrote episodes of TV’s ‘EastEnders’.

After twenty years of coping with multiple sclerosis, Clare died aged only 57. She was one of an extraordinary and rare generation of British female playwrights who emerged in the 1980s. Her freedom of style and lack of restraint freed up many female UK writers to tackle new and previously ‘not talked about’ areas. After graduating as a teacher from Manchester Uni, she took plays around the schools. Then, as a tutor at Birmingham Uni, she had Sarah Kane as a student; they were co-founders of the pioneering feminists’, Women’s Theatre Group.

This bold, sensibly priced, this two-hour comedy / character study can be seen in the Murdoch Drama Rehearsal Space, opposite car park 4, Murdoch University, Murdoch, each evening at 7.00 until Saturday 4th October.

The scene is the mid-1980s, in the bathroom of an East End flat in London. There is underwear drying on a rail, but the whole room (and auditorium) has bras and knickers everywhere. There is a ‘corner bath’ centre stage with a suspended, net curtained window overlooking the bins. A full-length mirror and vanity unit are against the rear wall.(Designer Karen Hansord).

A young girl is lounging in the bath with a flannel over her face. This is the virginal Jo (Samantha Larke), who seems to spend most of her days in the bath with her loofa! She lies there fantasising over the rich handsome man that is going to arrive in her life, and whisk her around the world.

Mary (Cassee Lazic) walks into the bathroom, has a quick look in the mirror, winces at the sight of her body and shudders before rushing out again. She comes back in, and announces that she has found a revolting ‘Penthouse’ magazine in their dustbin. She reads aloud a letter from the magazine’s ‘Readers’ Page’ to show Jo just how disgusting pornography is – ‘after all, it is the tip of the iceberg leading to the world’s downfall and male depravity. It is omnipresent’. To Mary’s horror, she finds that Jo actually gets off on the writer’s lewd description of his Saturday night fun. Mary breaks down in tears, but refuses to tell Jo what is really going on in her mind.

When Jo gets out of the bath, the third flatmate, the pedantic OCD sufferer, Celia (Stephanie Fitz-Henry) enters, only to find the bath covered in scum as usual. Celia finds the magazine and wonders how anyone can be interested in grubby sex generally.

Saturday night will see a big party in the house, how will the three survive?

This play is a wonderful observation of how men objectify women as sex objects, and how women think men expect to see them. With skilfully handled direction by senior lecturer, Dr David Moody and his (ex-) student assistant directors, Belle Venus and Bob Morshidi, the whole situation was readily recognised.

Without wishing to detract from Samantha’s wonderful performance, or sounding too much like a pervert, is it too much to expect the girl in the bath to be nude, semi-nude or in flesh coloured underwear? When you are a student, this is a time to stretch your talents, face your fears and perform genres such as stand-up comedy, singing, dancing whilst in the company of friends. I found the fact that Jo was in an empty bath (yes real water could be very cold) draped with an aqua coloured ‘evening dress’ that was meant to represented the blue bath foam unrealistic. When Jo sat up to talk to her flatmates, the ‘water level’ came up with her bust. Could a bath full of kapok to look like foam, and pink underwear have been better? This loss of illusion weakened the effect.

Can I suggest that if someone is going to get very angry that they start with a low timbre of voice so that as their anger increases that they do not reach a pitch that is only audible to dogs?

The lighting and sound by Matt Pashley and Ryan Partridge showed just the correct amount of ‘feeling’ reflected by the play itself. Red Lauren Moir’s clever choice of costumes immediately demonstrated the personalities of the cast.

As with all of McIntyre’s plays, the script is clever, filled with insight and controversy. This production is first class – Excellent.