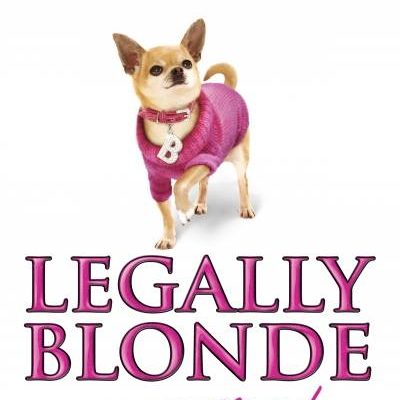 ‘Legally Blonde – The Musical’ was written by Heather Hach after the success of the 2001 film which was based on the novel by Amanda Brown. Nell Benjamin and Laurence O’Keefe then added the music and lyrics. The musical premiered in San Francisco 2007, and then on Broadway it had 600 performances, grossing more than $1,000,000 a week on several occasions, It received seven Tony nominations and ten Drama Desk nominations, then in the UK it won three Laurence Olivier Awards, including ‘Best New Musical’ and in Australia, five Helpmanns. Strangely, the show did not reach Sydney until 2012, when it starred ‘Wicked’s Lucy Durack as Elle and Rob Mills as Warner.

This colourful, two-and-a-half hour production is a community partnership of Koorliny Arts Centre and the 9 Lives Theatrical Production Company (a witticism on the director, Cat Baxter’s name). 9 Lives is a company that provides an opening for actors, designers, directors and playwrights, gathering them, young and old, from all walks of life. They raise money for these shows with their Bunnings Sausage Sizzles – hard work – so yet another reason why this team deserve to be seen.

Book you tickets online, or at the Koorliny Arts Centre, Sulphur Road in Kwinana, and the show can be seen each evening at 8.00 until 30th October.

The quintet is seated under an arched bridge that stretches across the rear of the stage – scaffolding by Orvad Pty.

Elle Woods (Annika Kononen) is a beautiful blonde, stunningly dressed in pink and who is the school’s Delta Nu sorority president. She is in love with Warner (Brad Tudor), but he is in love with himself. He has his whole life laid out in his mind, eventually becoming a senior politician. Whilst dining with Warner, Elle who expecting an engagement ring is dumped for not being serious enough. Devastated, but on the advice of her closest friends, Margot (Jessica Dean), Serena (Peta Kuchel) and Pilar (Shel Italiano), she goes to study at Harvard Law School – where Warner is enrolled – in an attempt to win back his heart. Waving goodbye to her loving parents, father (Peter Shaw) and Mum (Sylvia Mellor), she travels East with her friend Kate (Caris Read).

When Elle does none of her homework, Professor Callahan (Gary de-Vries) bans her from his classes, favouring the arrogant, bitchy, Vivienne (Caitlin Alford). Elle learns of a fitness trainer and TV star, Brooke Wyndham (Sarah Hubber) who is in the penitentiary, accused of killing her husband; she goes to offer free legal advice.

Elle finds that prisoner Brooke is an old school friend, and with the aid of her law-teaching assistant, daggy Emmett (Jethro Pidd) decides to help Brooke. To look more professional, Elle decides that the ‘dumb blonde’ look must go, so calls in the help of a hip hairstylist, Paulette (Vikki Walker). Whilst in the hair salon, a gorgeous hunk of deliveryman (Clayton Mitchell) arrives with a parcel – Paulette is in love!

Will justice prevail, and who will marry whom?

I saw the opening night of this fast-paced show, and although in the first five minutes there were a few first night nerves with the odd wrong musical key, the whole production suddenly took off. Smiles came to the faces of this young cast, the enthusiasm was most apparent as they radiated an infectious energy. The audience just loved every second. Even the primary school children in the audience were entranced.

With such songs as the famous ‘Bend and Snap’ and the politically incorrect ‘Gay or European’, the production was wild with energy.  Director Cat Baxter and her brilliant assistant, Joshua Munroe, filled the show with humour and style. With such a large ensemble, Cat was wise to employ a cast liaison helper (Marie Earle-Sadler).

Choreographer, Anita Telkamp had several complex numbers, all perfectly rehearsed, with the ensemble smiling as they went through difficult routines, such as the skipping and singing ‘Whipped into Shape’ by the prison inmates. Anita passed the Irish dance routine to Philippa Rippon; again, the cast did her proud, as Irish dancing is a tricky genre to learn.

There were several costume changes for this large cast, ranging from the sporty Cheerleaders to students in gown and mortarboard, from the sedate lawyers suits to the bright, prison boiler suits. The hard worked costumiers were Cat Baxter, Tina Wayne and Marie Earle-Sadler.

Musical director and keyboard player, Kenn Ellis, was accompanied by Chris Johnson on guitar, Talitha Broughton and Krispin Maesalu on reed instruments, and Mark Beasy on drums. The lively backing vocals were by Chantel Bell, Cat Baxter and Maddie Earle-Sadler.

This show bounced along, full of fun, colour, energy and style.