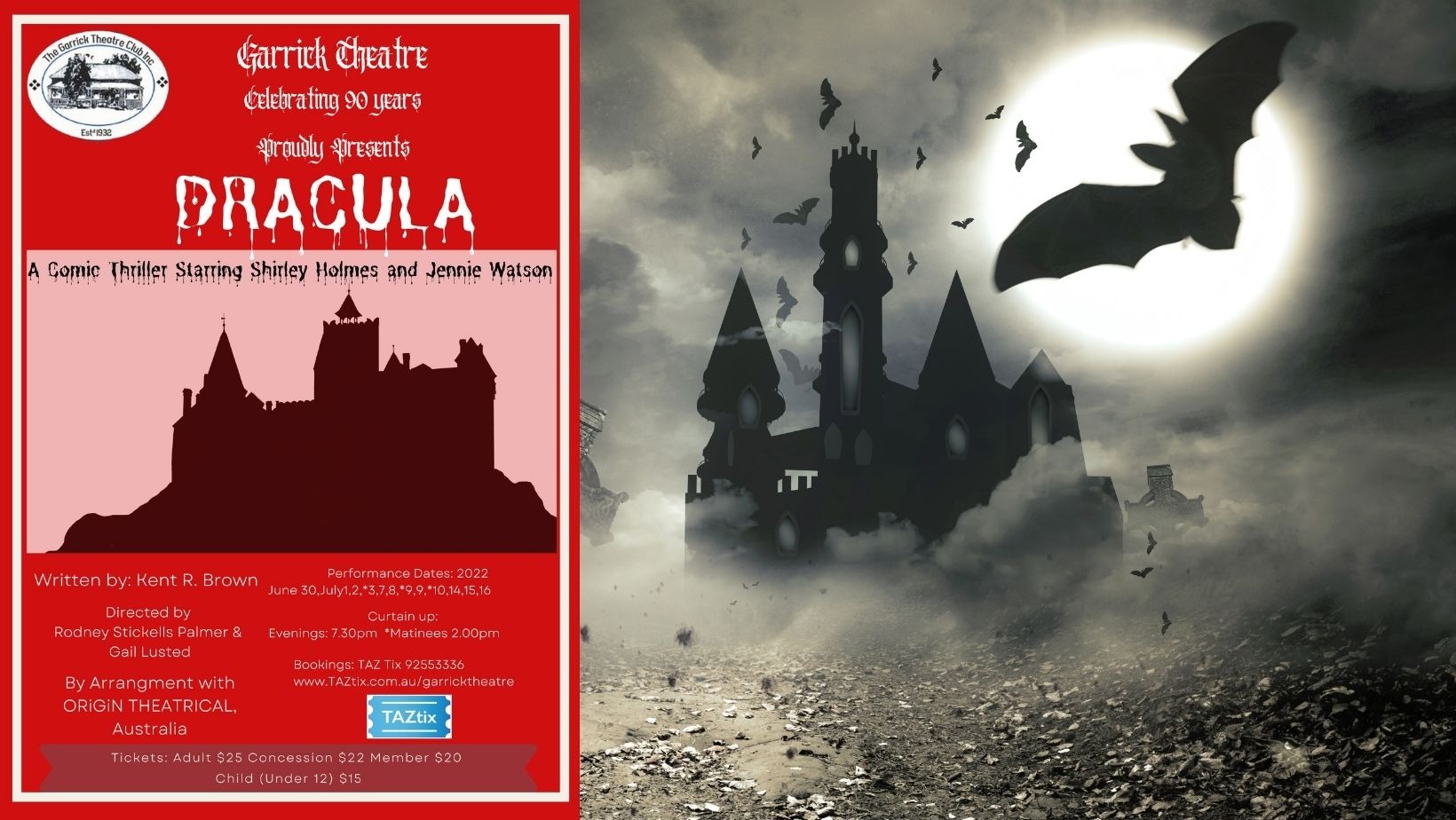 Return to Jennie and Shirley’s Victorian London as they are called on by Van Helsing to investigate the most famous Vampire of them all, Dracula!

Travel through Europe as Dracula and his brides make thier way to London, feasting along the way!

Starring all the classic characters from Bram Stokers original story (well sort of) and a host of new characters this sequel to Hound of the Baskervilles will make you laugh and jump from start to finish!