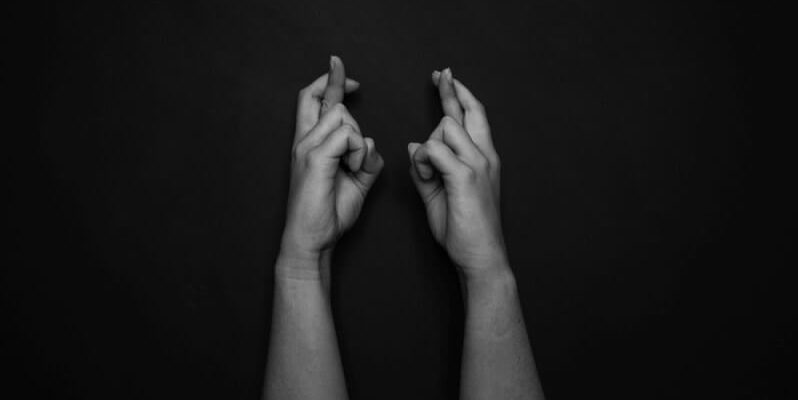 ‘Wish’ was written as a novel, by Australian medical practitioner, Peter Goldsworthy. Goldsworthy has sold 400,000 novels in Australia alone and collected a prestigious Robert Helpmann Award for ‘Best New Australian Work’, along with a Green Room Award for ‘Special Creative Achievement’.

This 1995, unusual but fascinating, semi-erotic story has been adapted by Humphrey Bower to give us this wonderfully moving tale. ‘Wish’ is a co-production of Night Train Productions and the City of Perth.

A shorter version of this play was performed at the Blue Room Theatre about 18 months ago and was awarded the ‘Blue Room Members’ Choice Award’ and the ‘Best Performance Award’.

This two-hour production can be seen at the Studio Underground, in the State Theatre Centre of WA, 174 William Street, Northbridge until 24th May. Performances start at 7.30 pm.

The simple set is a dark carpet surrounded by black drapes. To one side is a car tyre hanging from a rope. Nearby is a musician (Leon Ewing) playing his own compositions on an acoustic guitar.

A middle-aged bachelor, John James, known as ‘JJ’ (Humphrey Bower) stands in the spotlight and explains how he is the son of deaf parents who, when he was a child, caused embarrassment by speaking to him with their strange accent in front of his friends. Now JJ is employed in the local deaf institute teaching Auslan – sign language – to the families of deaf people.

One night his class is interrupted by two newcomers, a rich businessman, Clive and his gushing wife, Stella. JJ recognises the couple as famous animal rights activists who have been on TV, stating that animals should have the same rights as humans. At the end of the class, they ask if he is willing to give private tuition to their eight-year-old disabled, but highly intelligent daughter, Eliza (Danielle Micich) who is too shy to attend the classes.

JJ drives to their country estate and finds that his task is much more difficult than expected. However, Eliza and JJ both have both had lonely lives, and so find an instant bond.

For years, Bower has been recognised as WA’s premiere raconteur. He has a unique ability to draw you into his tale by creating several characters, all with different accents and personalities. Here, he has to give a two-hour monologue, complete with Auslan signing throughout, and yet keep a perfect pace and hold the 250 audience engrossed.

With his Equity award-winning partner of several shows, Danielle Micich, the atmosphere is tender, challenging and at times disturbing. Trained dancer Micich is silent throughout, but assumes her character and with the use of her supple, powerful body, she carries the part off amazingly. Some scenes are semi-erotic, beautifully handled, without being objectionable or embarrassing. The lighting (designer, Andrew Lake assisted by Joe Lui) is simple and unobtrusive.