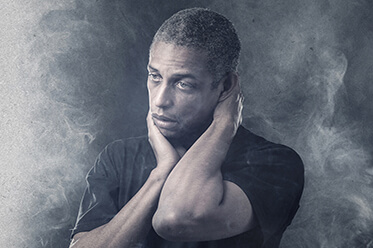 ‘The House on The Lake’ is a psychological thriller by the award-winning writer, Aidan Fennessy. After 20 years of life as an actor, appearing in such diverse series as ‘Neighbours’, ‘Frontline’ and ‘City Homicide’;  Fennessy became a playwright and went on to win a Wal Cherry Award, the prestigious Barry Award, a Griffin Award and was short-listed for the Victorian Premier’s Literary Award but actually won the Premier’s Peoples’ Choice Award.

This impressive world premiere is a Black Swan production and it is being presented in the Studio Underground at the State Theatre Centre of Western Australia, on the corner of William and Roe Streets, Perth. The production runs nightly at 8.00 pm until Sunday 22nd June.

The performances are approximately 90 minutes (no interval).

Unusually for the Underground theatre, the set is a full and complete representation of an actual hospital ward.

The towering 6-metre walls are decorated with typical post-war, waist level, green ceramic tiles. The centre of the backdrop consists of three, large gothic windows fitted with safety grills. There is an old hospital bed and to the side, a desk. On one of the grubby walls is a two-way mirror.

Designer India Mehta has not merely settled for simplicity, the hospital ward looks convincingly practical and dishevelled. There are clever extras incorporated to add authenticity, such as water pipes, air vents and even power boxes near the coving. Superb design.

Dressed in hospital regulation, white pyjamas, a prominent lawyer, David Rail (Kenneth Ransom) is sitting on his infirmary bed. He looks around at the strange environment and wonders where he is and how he got there.

A door opens and a young doctor enters. She is a psychologist, Alice (Marthe Rovik) assigned to David’s case. Slowly she enlightens David to how he was found with a head injury; but in a panic, David explains that he must leave as quickly as possible because he has an important meeting. Alice goes on to explain that he has been in the hospital for some days, and that she has been trying to help him discover what had happened.

Things are going frustratingly slowly for the doctor, as no sooner does she seem to be getting somewhere, but David has a relapse and she has to start all over again.

Will the two manage to unravel what happened that fateful night?

The director of this wonderful, suspense-filled drama is WA’s much-admired actor, Stuart Halusz, who has appeared in several major State Theatre productions. Halusz has carried his own fine acting skills and passed them on to the two sole actors. The acting starts at what appears to be a frustratingly plodding pace, but this allows the whole presentation to slowly build in tension and excitement as the play progresses. The two actors were flawless in their non-stop, 90 minutes of performing. The doctor starts ingratiatingly sweet to the patient, but her approach changes as the patient’s condition progresses. Fine teamwork between the actors and director.

The lighting designer, Trent Suidgeest, has as always given that extra touch of genius to his plan. The lights through the windows change colour as the day changes from noon to night, but he also has the lamps tracking to show the sun’s movement. The room lights have dark green, dust bin-like, metal cowls that complement India’s wall tiles perfectly.

Brett Smith’s very subtle sound design was well thought out. A soft, thunder-like rumble being used to superb effect at dramatic places in the play; whilst some composers would have composed powerful music, this was far more effective.

The apparent simplicity of this play hides the inspired acting and directing skills that are involved. An unusual script that carries the 90-minute dialogue adeptly and smoothly to its unnerving conclusion.