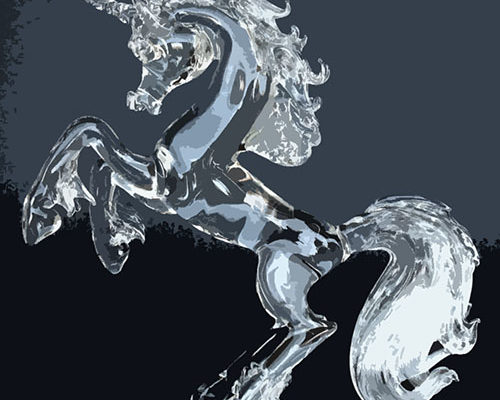 ‘The Glass Menagerie’ is Tennessee Williams’ most commanding and poignant play, a triumph for a first play. The play is one of literature’s best character studies and it has one of the most romantic and sensitive modern love scenes in print. This 1945 American Classic is being staged at the heritage-listed, Old Mill Theatre, Mends Street, South Perth. The performances are at 8.00 pm, on Thursday, Friday and Saturday nights until the 20th September. There is a 2.00 pm Sunday matinee on 14th September.

The stage has been completely cleared. There are no proscenium curtains, no drapes, no wings, just the three bare, black stage walls. Centre stage, there is a dining table, a settee and a small table with a glass animal collection. Set design by Phil Barnett and props by Yad Sand, stage-managed by Sally Barendse.

It is 1937 in St Louis. The scene is a poor flat, the home of the Wingfields.

Thirty-year-old Tom (Joe Tareha) is a poet, who works in a boot factory to subsidise his writing. He steps into the spotlight and starts to recall his reminiscences of recent events. The whole play is of memories, with the lighting reflecting the mood and strength of each memory, rather than the light level that would actually be present in the room. Tom explains how his father – whose photo dominates the rear wall – left 16 years earlier, and how consequently their happy days vanished. It is Tom’s earnings that keep and feed his domineering mother and invalid sister.

Tom goes to the ‘movies’ each night in an attempt to escape the unrelenting matriarchal oppression. He remains in the house through guilt implanted by his mother, and his caring feeling of responsibility for his weak sister Laura (Aisling – pronounced Ashlyn – McGrogan).

The vivacious mother, Amanda (Maree Grayden) constantly recalls her wild youth; all of the many male friends that she had, and how she was adored. Now, in middle age, she is bitter at what she has lost. In the guise of caring for her exceptionally shy daughter’s future, she is petrified in case her daughter Laura is found more attractive than she is, and so wrecks daughter Laura’s self-confidence. Her main tool of torture is to remind Laura of her imperfect and deformed body. Laura had a leg brace as a child, but now only has a slight limp.

Amanda asks son Tom to see if there is a suitable suitor for Laura at his work. He brings home for tea, his handsome friend Jim (Yad Sand). On his arrival, mother Amanda is made up like a Christmas tree, with her yellow graduation ball gown. One wonders does she really care about Laura’s future or is she desperate to be the centre of attention in her own search for affection?

Williams has created four very complex characters. It is easy to watch this play and think what a simple storyline, hardly worth seeing; but when you get a good cast, the show lifts. Then with an excellent cast, the whole depth of the story and the complexity of the characters suddenly awaken and the play becomes something special. Here we have three excellent actors and Maree, whom I have admired for years, giving a stunningly rich portrayal of the mother from Hell. This performance was something extraordinary.

Although Aisling is a WAAPA girl with quite a bit of experience, I understand that this is actually her first major stage performance. Her acting will make you reach for the tissue box. Yad, who has only been acting for about a year, plays Jim ‘the only man to have ever kissed Laura (?)’. His performance was admirable, considering the massive emotional demand of the part.

Joe conquered Tom’s depth of instability. The battles with his mother, his soft heartedness to his sister and his surprising fear of leaving home. Will he ever leave? or is he co-dependent on the matriarch?

The wonderful original score by Fiona Davidson has been played on the Scottish fiddle, it is beautifully haunting and perfect for the memory theme.

Susie Conte, as director, has understood this wonderful play perfectly and demonstrated the numerous personality traits in each. It is clear that the costumes by Jenny Prosser are not simply ‘we need an evening dress’; the colours, styles and design say so much about the people wearing them. The lighting by Ben Davis is subtle and moves around the areas of the stage, creating little worlds within the drab house.

Like the director, this is one of my favourite plays. It takes a huge amount of skill to display all the facets, but Susie Conte and her superb cast has captured much more than one could reasonably expect from a community theatre. If you go to see this play, and you MUST, please do not just let it skim over you, but examine each character and everything they say. A little work by you will repay you enormously. A fine production of which to be very proud.