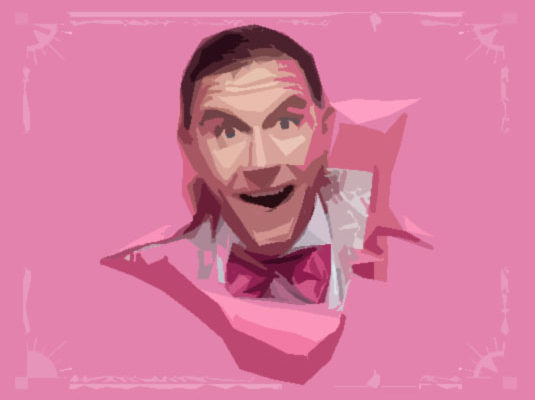 ‘Laughter on the 23rd Floor’ is a truly UPROARIOUS play by Bronx born, Neil Simon. After an unfortunate and insecure childhood, aged only 23, Simon started his career writing for TV in 1950, but it was the ‘Sid Caesar Shows’ and the ‘Sargent Bilko Shows’ in 1958 that helped his career take off. Five wives later and aged 77, he was not only still writing in 2004, but still picking up awards such as the 2006 Mark Twain Prize for American Humour.

His best known film script adaptations were probably ‘The Odd Couple’ and ‘Sweet Charity’; Simon who has been compared to Molière, and George Bernard Shaw, has received more combined Oscar and Tony nominations than any other writer. He won a Pulitzer Prize for his drama, ‘Lost in Yonkers’. Almost all of his 30 plays are based in New York.

When ‘Laughter’ was launched in 1993, it ran for 320 performances, before moving to London where it ran for 5 months. It is said that Neil and his brother Danny developed their scriptwriting on the eleventh and the twelfth floors of the NBC-TV building; these numbers added together made the fictitious 23rd floor.

The original script was updated and then re-launched in 2011, and here it is now presented by WA’s own Black Swan State Theatre Company, at the Heath Ledger Theatre within the State Theatre Centre of WA, 182 William Street, Northbridge.

In this semi-autobiographical script, Neil Simon has changed the names of his colleagues, but I have included their suspected names along with the name of the actor. Woody Allan was part of their team, but is not in the play.

The two-and-a-half hour performances at 7.30 each night until Saturday 20th September. There are matinees available too.

It is 1953, and on the 23rd floor of the Rockefeller Plaza, where we find the slightly tatty, Art Deco office of several comedy scriptwriters. The office has a very high ceiling, with large windows looking across New York’s vista. There is a conference table, settee and a refreshments table. There is a surprise, impressive addition made to the set that will have you asking ‘What happened there?’ Set designer, Lauren Ross is to be congratulated on this breath-taking set and the wonderful costumes. As always, Trent Suidgeest’s lighting was inspired, with all aspects achieved.

A nervous young lad has arrived to join one of the most prestigious TV show, writing teams in New York. He is Lucas (James Sweeny, character inspired by Neil Simon). He is greeted by a flash, beret wearing, Milt Fields (Humphrey Bower as Sheldon Keller) who advises him to be first to the bagel dish. Milt explains that they all write for the central star of the show, Max Prince (Peter Rowsthorn as Sid Caesar) whose behaviour and memory is a little unpredictable due to the number of pills that he takes. The secretary, Helen (Lara Schwerdt) brings in the coffee jug and some notes, and Lucas settles down to meet the others.

The studious looking Kenny Franks (Stuart Halusz – did not recognise him at first – as Larry Gelbart) is next to the coffee. As the fast fire, one-liners fly around the room, Kenny comes out with the odd gem. Next, to arrive is the dejected Russian immigrant, Val Skolsky (Igor Sas as Mel Tolkin) who is desperate to blend into American society, but is having trouble swearing convincingly. The door opens and the heavy smoking Irishman, Brian Doyle (Ben Mortley as Tony Webster) coughs his way in, accompanied by the petite and smart Carol Wyman (Jo Morris as Lucille Kallen) a most unlikely writer, but who can come up with lines as good as the men.

Much later, a distraught man in a camel hair coat staggers in, he is Ira Stone (Damon Lockwood as Mel Brooks) a hypochondriacal man that has a different major ailment every day. With most of the morning frittered away the team starts work.

In the middle of the night, spaced out, Max Prince calls a couple of the writers to inform them that NBC is likely to axe their show; what do they suggest that he can do to save their programme?

Even in this rip roaring comedy, Simon’s trademark of compassion and moral behaviour shine through. The comedy is richly written, packed with one-liners, in the style of Groucho Marx, for almost every minute of the whole 150 minutes. The play was written decades ago, but the jokes are as fresh as ever. A little corny at times, but the delivery of every word was splendid.

Although I suspect much of the comic routine and delivery may have been created by the experienced comedians, it was up to director Kate Cherry to keep the play flowing in an orderly manner.

Simon always builds into his scripts, human failings and eccentricities and these came across amongst the madcap humour, often delivered by the stressed or sad characters. The cast were quite a cross section, with a mix of professional comedians such as Peter Rowsthorn and Damon Lockwood, with the more serious actors like Humphrey Bower and Igor Sas proving their adaptability and versatility. The rapport was outstanding, with many places throughout the play when spontaneous, enthusiastic applause gave credit to the performers. The timing, body language and expressions were exceptional, the pleasure for the audience and I am sure the cast, was heart-warming.

It is a long time since I have seen so much well delivered humour in a play, and I know several patrons who have already seen this play more than once. A special theatre experience.