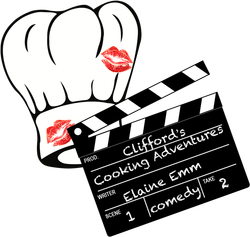 ‘A Finger in the Dyke’ is a very funny comedy written by enigmatic West Australian playwright, Elaine Emm (could this possibly be the nom de plume of nurse BW?) who should be very proud of her well-constructed script.

This fun creation is by Herding Cats Productions and can be seen on Tuesday, Wednesday and Thursday evenings at the imposing and historic, Bassendean Hotel, 25 Old Perth Road, Bassendean. The 100-minute performances starts at 7.30 pm and run nightly until Thursday 5th June. This production is then moving to Rigby’s in the city in mid-July.

The seating is cabaret style, and for around $20, the hotel serves a very large, tasty meal and includes a free drink of your choice.

The stage is built in the corner of one of the many saloon bars. The set is of a Dutch-themed restaurant called ‘The Finger in the Dyke’ – so nothing to do with motor cyclists. The décor and thought put into this set (design Taylor Bates, props Michelle Endersbee) is better than I have seen in many established community theatres recently. The audience are then the restaurant’s patrons.

Two friends, Jessica (Ellin Sears) and Samantha (Natasha Stiven) have opened a restaurant. Jessie runs the front of house, when and if any customers come in! Sam is the chef ‘extraordinaire’, that doesn’t mean wonderful but weird, and her dishes are a culinary nightmare.

To try and raise their profile, and attract customers to their struggling business, Jess has contacted a reality TV cooking show. The company are interested and are sending their star chef to review their fare.

When the cameras turn, the programme’s announcer (Peter Neaves) may be warm and bouncy, but what is the network’s hidden agenda?

Three years ago, I saw this play presented as a fundraiser for the repair of a church hall, a good cause, friendly reception, but I still remember the play as being one of the poorest organised and presented productions that I have ever seen.

This production is the nearer the zenith of local theatre; the cast had headsets – which actually worked (sound by John Bailey). The costumes (Merri Ford) were excellent, with many touches added by hand. Jess wore clogs, a Dutch cap (actually, it was a Hollar Cap, to save any immodest confusion) and a pinafore dress with neat embroidery. The producer’s outfit? Well you will have to see the show to appreciate her kinky leather gear.

Natasha is well recognised as a talented serious actor, having played major parts in Shakespeare and recently the lead in ‘Closer’. Ellin has just achieved her degree at Murdoch; she is an accomplished dancer and is now taking her PhD in musical theatre. Both these actors have decided to try a new genre, comedy, and they have succeeded admirably. The chemistry and banter between the two was amazing as they addressed the audience directly to get even further interaction. Stand-up comedienne, Mary Soudi was wonderful as the ‘bitch’ (her word) producer.

Director, Jeff Watkins has encouraged the audience to give retorts and has the cast mingling with the guests. This results in an extra added warmth for the show.

A talented team of cast and crew, giving a good night out with plenty of smiles.