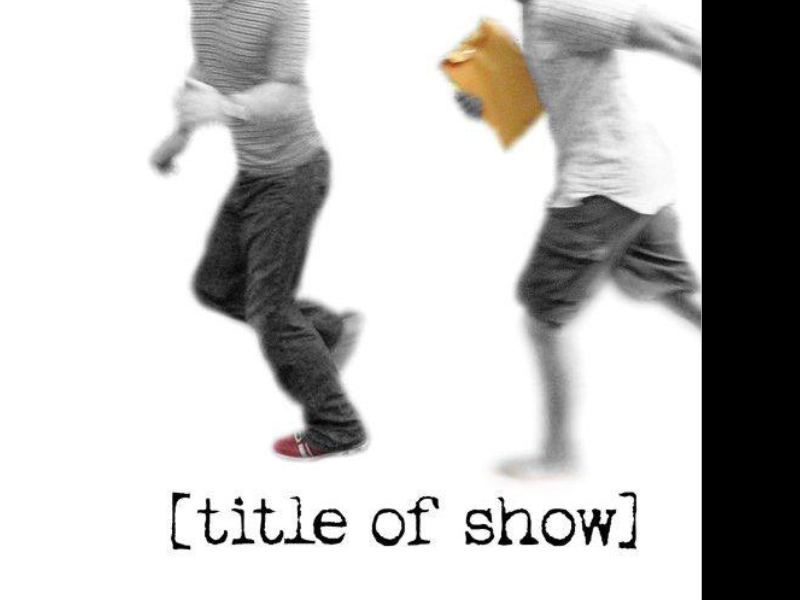 Jeff and Hunter, two struggling writers, hear about a new musical theatre festival. However, the deadline for submissions is a mere three weeks away. With nothing to lose, the pair decides to try to create something new with the help of their friends Susan, Heidi and Larry on the eighty-eights. With the cast in place, Jeff and Hunter begin a conversation about what to write about. Eventually, Jeff suggests they write about what to write about. They make a pact to write up until the festival’s deadline and dream about the show changing their lives.

[title of show] —taken from the space on the festival’s application form which asks for the [title of show] — follows Hunter and Jeff and their friends on their journey through the gauntlet of creative self-expression. In the span of 90 minutes they write and perform their show at the festival and learn lessons about themselves as people, friends and artists. [title of show] is, above all, a love letter to the musical theatre, a uniquely American art form, and to the joy of collaboration.

The musical received a Tony Award® nomination for Best Book of a Musical in 2009.

NOTE: Ticket price includes a cheese platter. For Companion Card tickets, the $9 cost covers the platter (the show is complimentary).