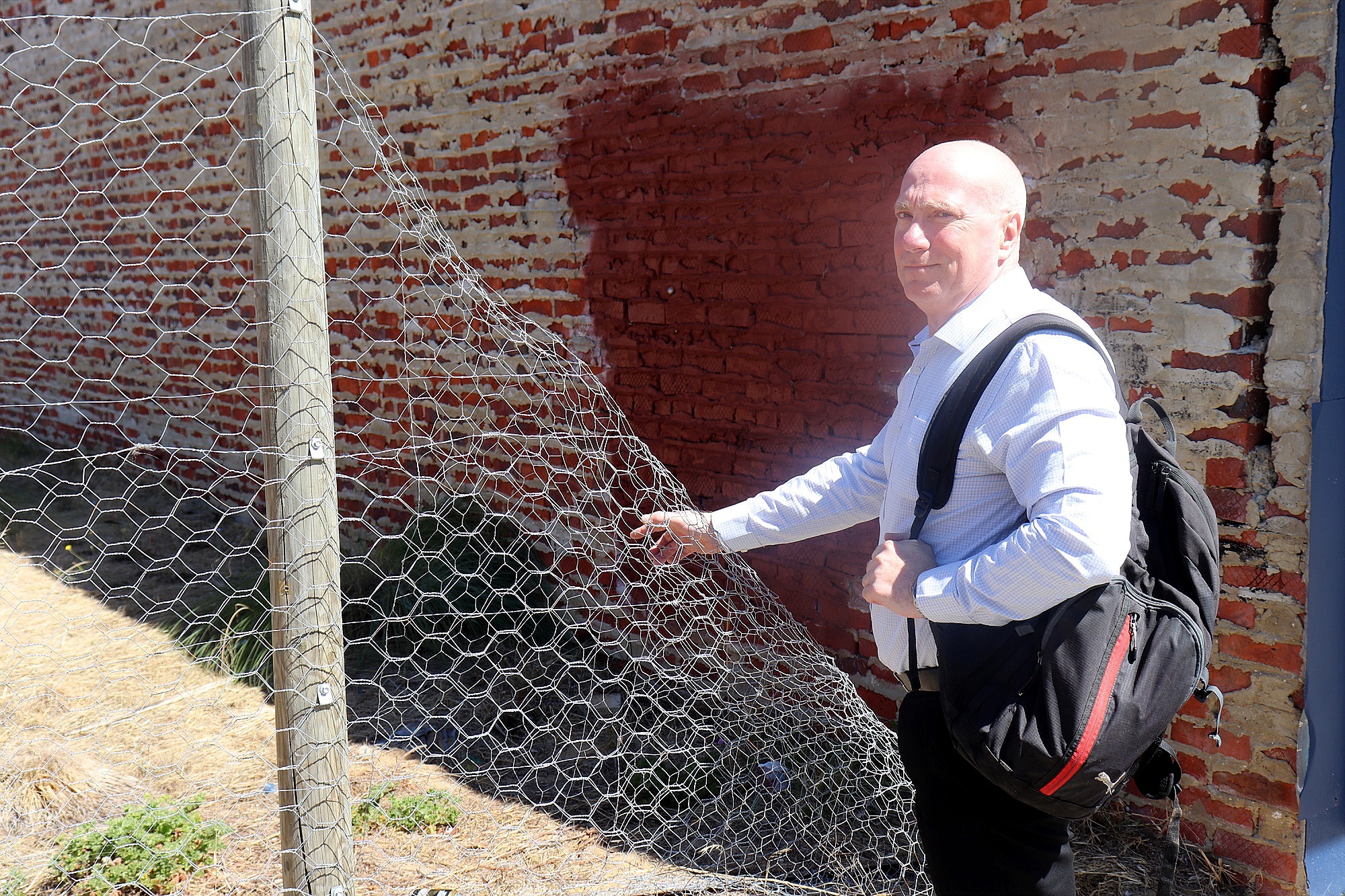 A STORY of loss, hope, friendship and leaving the past behind add up to Ten Quid, Stirling Theatre’s latest show.

Written by John Grimshaw and directed by Jane Sherwood, it follows the journey of a young man returning to Manchester 40 years after his family originally emigrated to Australia.

Mark’s goal is to honour his brother’s wish of scattering his ashes over the sacred turf of his beloved football team.

But his plans are thwarted by development and he is forced to source an alternative site, where he meets a woman who, like him, is far from home – but they discover they have plenty in common.

“Mark finds many things have changed yet some are still the same,” Sherwood said.

“Ten Quid is about a reverse culture shock and expecting everything to be the way it was, as if time stands still, while forgetting the same passage of time has taken place in both locations.

“John writes wonderful dialogue but sometimes the challenge is to make the show visually interesting as well.

“But with a great cast, I am sure we will achieve this.”

Involved with the Perth theatre scene since 2005, Sherwood was a founding member of Phoenix Theatre and has been involved with the Old Mill, Stirling, Black Swan, Rag and Bone, Kwinana and Harbour Theatres, A lad in sane productions, ARENAarts and Fringe World.

She has been named best director at the annual Finley Awards, Dramafest, South West Drama Festival and Hills Festival of Theatre.

In 2018, Sherwood took a break from theatre to work on five films but made a return to the stage in Lady Willpower at Stirling Theatre earlier this year.

“I have directed a couple of John Grimshaw’s shows before,” she said. “I loved this script and the fact the story is special to John.

“The story should resonate with anyone who finds the memories of somewhere or someone not quite matching the reality.”