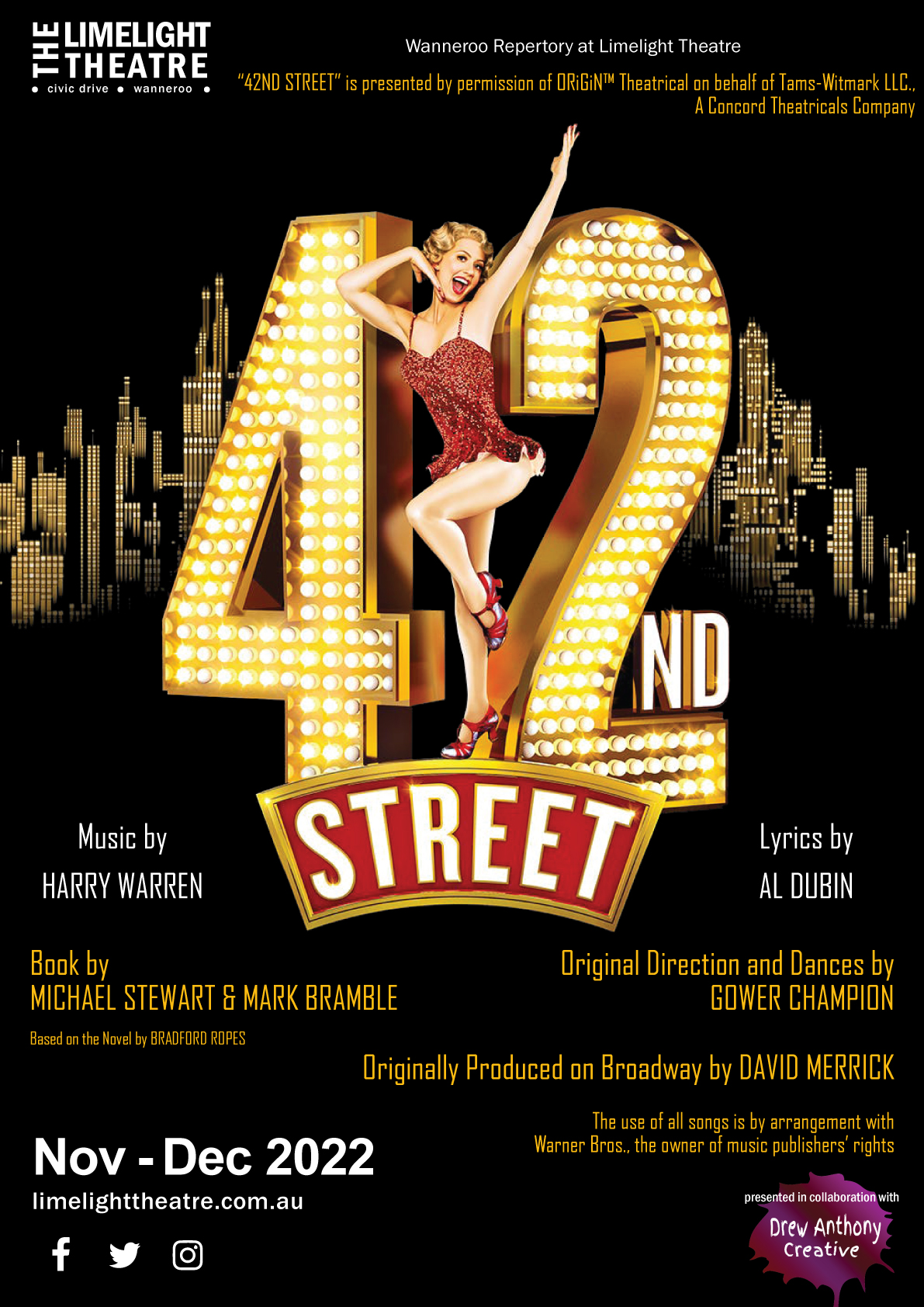 The multi-award-winning musical 42nd Street makes a triumphant return to Perth with a brand new production at the Limelight Theatre. Directed and choreographed by original Australian production cast member Drew Anthony, this classic “backstage musical” features one of the best musical theatre scores of all time with songs including ’42nd Street’, ‘We’re in the Money’, and ‘Lullaby of Broadway’.

42nd Street tells the Depression era of young Peggy Sawyer who unexpectedly joins the cast of Broadway’s newest show Pretty Lady only to find herself replacing the leading lady who breaks her ankle during rehearsals. Desperate for the show to be a success Pretty Lady’s Director utters the iconic line “You’re going out there a youngster, but you’ve gotta come back a star!”, and that’s just what she does.